Although the concept of smart home has begun to flicker in the 1980s, it has begun to receive attention, but what is really understood by the public is probably the mansion built by Microsoft founder Bill Gates in 1997. It is a pity that it is only a special case and cannot be industrialized as a standard. After all, there will not be too many people who will pay for the decoration in billions of dollars.

Smart homes have been slow to develop over the years. The main problem is the lack of uniform standards. There is no uniform data transmission protocol and interface between furniture. As a result, large-scale industrialization has been difficult, and no one dares to kill it. This has also led to the high cost of implementing intelligent homes. Finally, smart home can only be a trick for real estate developers to steal money.

However, with the advancement of technology, the development of hardware in recent years has progressed rapidly in the direction of miniaturization and low cost. Looking back at the current technology, the future of smart homes is so clear. Small to a light, up to a refrigerator, each furniture is a PC connected to the Internet. From the heavy system integration to the fragmentation into individual furniture, what kind of agreement problems, data format problems are no longer important, and the popularity of smart homes has come to fruition.

The popularity of smartphones is critical. It is naturally the control center and remote control for smart homes. At home, you can make an appointment for an elevator and switch any appliance. Even if you are in a foreign country, you can sign a courier remotely through the access control system... and these are no longer science fiction, and you already have ready-made products. Also, someone from abroad has DIY a thing that can feed a dog food with a push, will I talk nonsense? 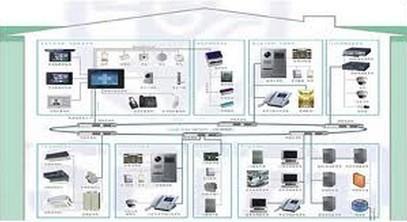 Even if it is not yet, but it is imaginable to come up with new things, such as smart wardrobes that know how to dress according to the owner's habits and weather conditions, it will not be difficult. The hard part may be the mining of big data and the integration of systems. For example, when the owner takes out a skirt, he recommends other combinations and at the same time virtualizes the overall dressing effect into the mirror, and even directly recommends new clothes on the line according to the current fashion. These technologies and ecology are actually already ready-made, but in the integration of the scene, there must be enough market demand to promote.

In the recent field of technology entrepreneurship, hardware has gradually been paid attention to by capital. With the expansion of this concern, the combination of the Internet and furniture has no suspense. At the beginning, there may not be much cross-functional integration, but the smart kitchen is counting the nutritional balance of the owner while cooking, recommending seasonal dishes, introducing new recipes, and it should be very popular. In the living room, in addition to the already mature audio-visual multimedia system, the sofa that can adjust the shape according to the body shape and sitting posture should be a good selling point.

Because each piece of furniture is a networked PC, the overall smart community of former real estate developers who have fled the households has not met this situation. As we all know, hardware updates are getting faster and faster, so any overall solution is backward. This means that the concept of smart home can no longer benefit real estate developers, but bring a brand new industry. The development of this industry is somewhat similar to the trend of TV sets and smart TV sets. In the beginning, it was cement that touched the mouse, and furniture manufacturers began to enter, but basically did not do it. Then, the mouse began to invade the cement, and a group of savage people who claimed to have Internet genes broke into the furniture industry and began to subvert with new product thinking.

Of course, even the TV to the truly intelligent subversion has not yet arrived, so the overall revolution of the smart home, there is still a buffer zone for a while, but this trend has become so obvious, so irresistible.